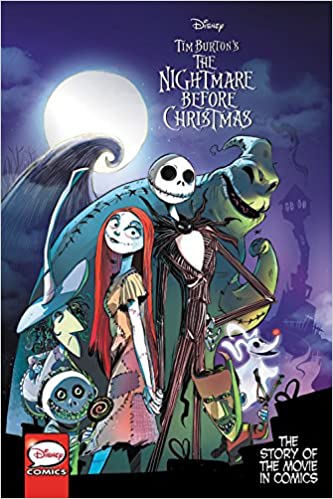 SUMMARY OF THE MOVIE:

The “King of Halloween” Jack becomes tired and sad when he repeats the same annual celebration. he wants something new and exciting. While being gloomy into the woods he suddenly comes across the other holidays including  St. Patrick’s Day Town, Easter Town , Thanksgiving Town,  Independence Day Town  and finally Christmas Town, The one he fell into after opening the door  was Christmas Town. He decided to come back into Halloweentown to tell everyone his newest discovery. When he comes back he comes with an idea which was that he wanted to create his own type of Christmas in his town, but it only brings confusion and chaos. Finally, toward the end the movie, Jack goes to Oogie Boogie to save Santa and Sally. In the end jack releases Santa Claus and lets him fix the night of terror jack had caused upon Christmas Town.

I rate this movie 10 out of 10 because of how I loved seeing everything just come together. Honestly, I would recommend this movie to Family members and Friends. Also, if you’re a Halloween fan you might like this movie. I would definitely recommend this to anyone who is reading this and is bored.