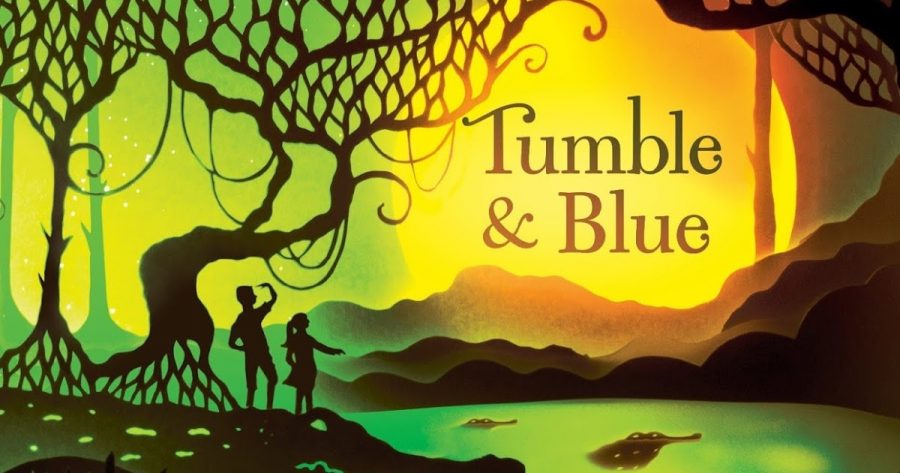 Tumble and Blue is a book that is heavily relying on the modern folktale genre. It has curses, a gigantic golden alligator and a lot of other random shenanigans. The book isn’t all that emotionally driven. Instead, it’s heavily plot driven. The setting is in a swamp which helps the author build her characters. She does this by showcasing their backstories and how their personalities change over time. Each time a new character appears they aren’t always forgotten. The main characters Tumble and Blue also have a weird relationship in the story.

The two main characters have a weird but mutual relationship. They both are from different families but they are somewhat related, since the story follows two families desperately trying to find a gold alligator that grants wishes. The author likes conveying the hardships the family faces since they are trying to look for a wish granting alligator. The hardships they have are instead curses that affect the two families of the story. The plot mostly follows the main characters Tumble and Blue and them trying to remove their curses. The curse Tumble has is quite a mysterious one even in the later half of the story. Blue’s curse is that he’s always unlucky.

The story does sometimes do backstories on individual characters although it isn’t very common in the story. One major problem the author did was that she only finally revealed the backstory about the curses in the middle of the story. Resulting in many confusions in the story including some about the main character’s own curses. Although the author didn’t really dig too much about backstories. She instead conveyed a lot about the dynamics and situations of the two families of the story, sometimes revealing important information which makes up for the many confusions in the story.

The author likes making comedic situations the main characters face because of their individual curses. The side characters the author introduces each have their own vibrant personality that makes up for the disappointing world building. Although the plot revolves mostly around the main characters some parts of the story also revolve around the side characters. Destiny is mentioned a lot in the book since it revolves around superstitions in the first place.

Overall the story followed  a plot about superstitious things. The author reveals a lot about this even through character dialogue. Although the story really is quite random at times, it can become quite serious as well if it really needs to. The characters are all decently written and dialogue between characters doesn’t seem to be out of place. It deserves high recognition with its unique setting and plot.