Social Media Provides a Variety of Ways to Express Creativity 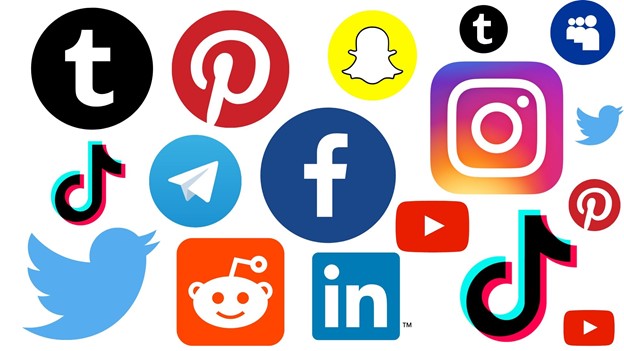 Social media is such a big thing in today’s world; everyone around us uses it. All the new trends start on social media because they’re really big platforms and just about everyone has access to social media. The internet is huge, but there are certain websites that are used on a daily basis and have a lot of loyal people who always come back to that social media.

Currently one of the biggest social media platforms is ‘TikTok’. People post 15-60 second videos of themselves. Sometimes it’s comedy clips, lip syncing, promoting their business, dances, etc. A lot of people use it to express themselves, and to show their ‘fun side’. During this past year, TikTok has been downloaded like never before. While in quarantine, a lot of people got hooked onto it and since then haven’t stopped using it.

Another frequently used social media platform is Instagram. Instagram has been around for a long time now, but through the past years things have changed and features have been added. It first started with posting pictures and 15 second videos to the public. Then you could post “Stories,” basically pictures and videos that are posted to the public for only 24 hours. Now you can post “Reels” which are 15-60 second videos, and “Highlights” which are like stories but last for however long you like. The highlights are up and on your page until you take them down.

If you haven’t noticed, Instagram is very similar to another platform called Facebook. Facebook has also been around for a while now and has also evolved since then. On Facebook, you can post pictures, videos, stories, status updates, etc. However one of their differences is Instagram is mostly used by teens and Facebook is mostly used by adults who want to stay connected with family and friends.